A city in development

On the outskirts of Copenhagen, we find up-and-coming Valby. Valby is under incredible development right now, where housing, café life and shopping opportunities abound. The area owes its development to the influx of the many newcomers who are establishing themselves, both in the old and new parts of Valby. The city is known for Copenhagen’s second largest park, Valbyparken, but also Nordisk Film’s studios, which have, among other things, produced Olsen Banden (The Olsen Gang). With the many green areas and easy access to Copenhagen city centre, it has become an attractive place for families. 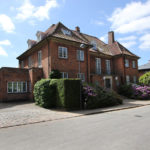 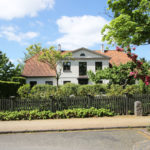 You are always welcome to contact us if you would like to hear more about our rental properties, or have general questions about the company.